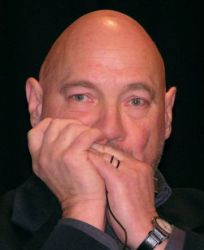 The "Happy-Harmonica-System" was inventeded by the world-famous virtuoso René Giessen and using it, it is possible to play tunes directly from the script without any knowledge of the usual musical notation.

Example: Are You Sleeping, Brother Jack 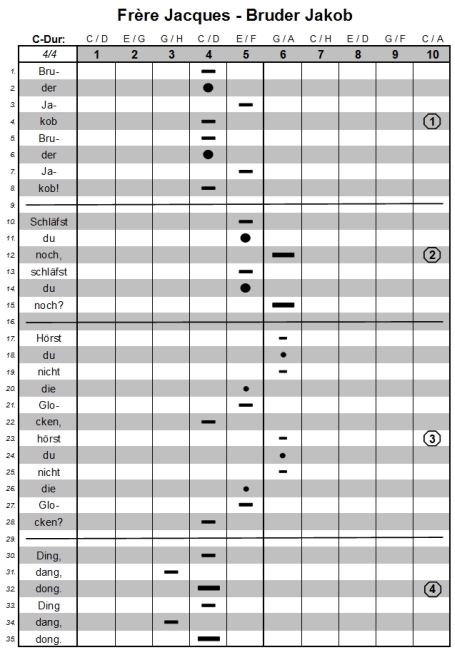 Now, following the graph, play the Blues Harmonica from the top to the bottom, moving the mouth position to the right or left, according to the position of the dots and horizontal lines. The thicker the dot, or horizontal line, the longer you must hold the note. A grey-filled dot or line is the longest note (4 beats). Sometimes a small digit besides a symbol shows the exact number of beats.

In our example "Frère Jacques" or "Brother Jack" we first blow into hole number 4, then, for the next tone,  inhale the same hole, after that blow into hole 5, then back to hole 4 with blowing, etc.

If you form your lips as though you wanted to kiss or whistle (Lipping), or block the holes with your tongue (Tongue-Blocking), you can produce a single note. However, if your lips are slightly open you will produce a chord. Note: Draw notes from section 7 - 10 should be played as single tones!

By the way: The "Happy-Harmonica-System" can be used with harps in all keys!